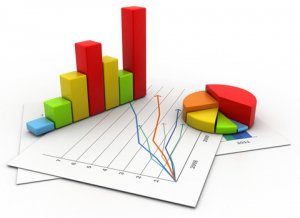 Baiyang beats US tilapia blues with 10% boost to Q3 revenues

The strong export figures are on the back of a 18% drop in China’s exports of frozen tilapia fillets to the US in 2016, to 115,628 metric tons, according to International Trade Center (ITC). The decline is largely owing to increased price competition from Vietnamese pangasius producers.

Last year, Baiyang told Undercurrent News that the firm’s own sales to the country were down by 17% at the midway point of the year.

But Baiyang has offset the decline by selling more tilapia to its other export markets, which include Europe, the Middle East, Latin America, Russia, Mexico and Canada.

Overall, China's exports to Mexico and Middle-Eastern countries have grown particularly fast -- from just 13,248t in 2012, frozen tilapia fillets to Mexico were 54,033t last year, according to ITC. This equals a small net increase on the fall in exports to the US over the same period.

“We believe that in the long-term demand for tilapia will continue to increase steadily,” said Baiyang in its full annual report. “Although recently unfavorable macro-economic factors have impacted the tilapia sector, in the long-term it has relatively good prospects.”

Baiyang does not produce its own tilapia but contracts production out to farmers in Guangdong Province, Hainan Province, and Guangxi Province, owning seven processing factories across the three provinces.

Baiyang did not state the reason for the improved gross margin. In the face of rising labor costs, it could be that the company has increased automization, speculated a source in the country who did not wish to be quoted by name.

However, without accusing Baiyang, the source also said that some firms are selling tilapia with higher water content.

“Some firms are now selling tilapia at just 55% net weight,” he said. “As to my understanding, Mexican and Russian importers don’t care too much about these things. On the domestic market, the worst even sell at just 45% net weight,” he told Undercurrent.

Though not a new phenomenon the source said that the practice has worsened this year -- something Undercurrent has heard from other sources working with other fish species, too. “Tilapia exports might have increased but that includes a lot of ice,” the source added.

Meanwhile, Baiyang is also a large manufacturer of aquatic feed, primarily for tilapia, as well as fishmeal and fish oil. Last year, sales from these products broke through the CNY1.0 billion mark, growing 12.3% y-o-y to CNY 1.03 billion, while aquatic feed sales volumes increased by 6.7% y-o-y to 246,700t.

“In the past three years, the company has significantly increased production capacity, with market coverage extending from Guangxi Province to Guangdong, Hainan and Shandong,” said the firm. “Product diversification has increased and helped to develop new and important revenue streams. In the next two to three years, Baiyang will continue to raise production of aquatic feed.”

The firm did not respond to requests for clarification.